Why Don’t We Talk About Mental Health In The Church?

Why Don’t We Talk About Mental Health In The Church?

We understand that the indwelling of God’s Holy Spirit is designed to transform our minds to become like His. So, an obvious conclusion would be that God’s people should be the most mentally healthy people in the world. How can you struggle with anxiety when God has given you a spirit “of power and of love and of a sound mind” (2 Tim. 1:7, NKJV)? What excuse can you have for being depressed when “the God of peace” is with you, so long as you do your part by thinking about good things (Phil. 4:8-9)? Perhaps this is why it’s so rare to hear people in the Church talk about mental health issues.

Fewer people will criticize someone for a lack of faith, if they’re battling cancer, heart disease, or gout than if they’re battling mental health issues. For the most part, we have (very properly) moved past an assumption that people who have health problems are being punished by God and/or that they’re not being healed because of a lack of faith. We realize things are more complicated than that.

But when was the last time you heard a prayer request announced for someone battling anxiety? Or for one of your brethren who was recently diagnosed with bipolar disorder? Or for a person struggling with ongoing depression? Those are the sort of things we tend to keep to ourselves, and we like for other people to do the same. We feel as if we should be able to deal with mental and emotional issues on our own with prayers and the help of God’s spirit. At the very least, it should just be a temporary thing with an easy-to-explain reason (e.g. you’re depressed for a few months following a loved one’s death, or you’re anxious before starting a new job).

Mental illness is an uncomfortable issue for many people. Historically, it’s something people simply didn’t talk about inside or outside the Church. But as someone who has struggled with both depression and anxiety for my entire adult life and half my teenage years, I can assure you that not talking about it does not make things any better.

Even if you don’t know about it, people in the Church are struggling

I’m going to focus on anxiety and depression as my examples in this post, since that’s what I have direct experience with. They often occur together, and they’re among the most common mental health issues. According to the Hope For Depression Research Foundation, “Depression is both a brain disorder and a state of mind. … Illnesses of the mind-brain affect tens of millions of people in the United States. Depression is by far the most prevalent, representing 99% of all mind-brain illness.”

Depression affects about 10% of people in the United States. Bipolar disorder affects 2.6%. General Anxiety Disorder is a bit more common, affecting 3.1% of adults in the United States (according to the Anxiety and Depression Association of America). Mental health issues are common enough that there’s a very good chance multiple people in your church group are affected by them, whether you realize it or not.

I had my first panic attack when I was around 15 or 16 years old. I didn’t seek help for anxiety until I was 28. Until that time, people I’d gone to church with my entire life had no clue I was wrestling with these issues. I’d known there was something wrong, but I hid it and tried to deal with it on my own because the message I got from church and family was that Christians shouldn’t go to counselors. Instead, we should talk with the minister or just keep plugging along and conquer everything through prayer with the Holy Spirit’s help.

I won’t take up too much time here with the details, but I finally hit a point where the anxiety and depression became so bad, I couldn’t function. Several important people in my life told me, “You need help.” This was almost ten years after I’d been baptized, and I hadn’t left the faith at any point during that time. All of this happened while I was attending church every week and spending time each day in study and prayer. I “should” have been fine. But I wasn’t. Sometimes, shame motivates us to not seek additional help from anyone outside of God or a minister. But at this point, I couldn’t live my life. I needed help.

Thankfully, my first counselor and I clicked instantly. I found her at a local non-denominational Christian counseling group. I spent a year counseling with her, and she helped me tremendously. I’ve written about those experiences extensively on my personal blog. If you’re curious, you can start by reading “My Anxiety Story” or “Making Some New Paths In Our Minds.”

People in the Church care about mental health, but we struggle to talk about it

Being a Christian adds an extra level of weirdness to living with both anxiety and depression. Christians aren’t supposed to live in fear. We’re supposed to have joy. Feeling anxious and depressed can make you feel guilty, like you’re not a “good enough” Christian. You might have people trying to pin-point why you feel this way, so you can overcome it, but there’s not always an identifiable trigger or cause. Many well-meaning Christians don’t know how to respond to someone who’s depressed. This is especially the case when the depression is not brought on by life circumstances but is simply an illness.

One of the main reasons we don’t talk about mental health in the Church is that we don’t know how. It’s not something anyone ever taught us how to do, but that’s something we can change. I think it starts with being open about what we’re going through. This is why I’ve started talking about my anxiety and depression. It was scary at first, since I’ve heard so few people in the Church admit to struggling with something like this. But once I started talking, I was amazed at how many people responded in a positive way. Some asked how they could help and what they should know about what I was going through. Others admitted they were struggling, too, but thought they were the only ones in our church group facing something like this. No one told me to stop talking about it.

Starting this conversation isn’t easy. Fear, pride, and shame can all work to hold us back from having these conversations. Pride tries to convince us it’s shameful when we can’t handle something like depression on our own. Fear sneaks in and says the idea that you might have a mental illness is just too hard to face and seeking treatment might just make things worse. Shame says there’s something wrong with those who look for help from any source other than the Bible. It all comes together in a nasty mess of silence.

The tendency for us to avoid talking about mental health issues in church is slowly starting to change. A few years ago, I would have never thought that a sermon given at United Church of God’s Winter Family Weekend, which live-streamed to many congregations, would discuss rising rates of anxiety and depression in society and in the Church. If you want to listen to this message (it’s very good), the sermon is titled “Do I Have What It Takes? Am I Enough?” by Tim Pebworth. I honestly never thought I’d hear a pastor talk about anxiety like the sort I struggle with in such an open, encouraging way. I’d love to see this sort of thing happen more often, as leaders in the Church learn about mental health, work to raise awareness of these issues, and to support those who are struggling.

One of the best ways you can help encourage conversations about mental health in the Church is to open up about your own struggles. Even if you’re not battling an ongoing mental illness, talking about times when you’re struggling mentally, emotionally, and spiritually helps create an environment where it’s okay to discuss struggles that affect us beyond the physical level. It helps encourage others who are struggling by showing them they’re not alone. You may even find that people are more comfortable opening up to you, once you’ve showed that you can be vulnerable around them.

If you are personally struggling with something, I encourage you to talk with a therapist, counselor, or other psychology/medical professional (this may include your local pastor, since some are trained as counselors). Talking with other people in your congregation can be a big help, but there is no substitute for professional advice and assistance. There’s no more shame in seeking assistance when you’re fighting a non-physical battle than there is in going to the doctor when you have pain in your body. I can assure you from experience that trying to deal with a mental health issue on your own is not a good idea. Please go get proper help. If you’re not sure where to start, you can click this link to access Psychology Today’s directory of mental health professionals and find a therapist near you (that’s how I found my counselor). You may even find that it’s easier (and feels safer) to share with brethren in the Church, after you’ve gotten some professional guidance to start the healing process.

I find it so encouraging to see the changes happening in our congregations, regarding how we talk about mental health issues. Progress towards creating an environment where it is safe to discuss our struggles is slow at times, but it is happening. God’s Church should be the best place in the world for true healing to happen on a spiritual, mental, and emotional level. With His guidance, we can work to make this a reality, as we begin to talk about mental health in the Church of God. 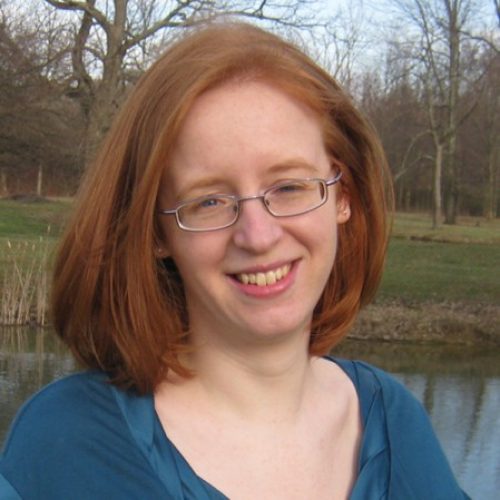