The Campaign Against Truth – Part 2: Understanding the Phenomenon

The Campaign Against Truth – Part 2: Understanding the Phenomenon

Information is the key to every decision we make and belief we hold. What you do and believe is a function of the information you have. Yet, truth decay makes differentiating good from poor information hard. That’s why we need to understand the world around us and where the information we obtain comes from.

Deception, whether intentional or unintentional, creates chaos by establishing a sense of distrust in institutions, people, and established fact. It’s the oldest trick in the book. It’s exactly how Satan pushed Eve to sin! Satan used disinformation to destabilize Eve; then Eve engaged in misinformation to influence Adam (though Adam saw through it and sinned anyway – 1 Timothy 2:14). So, I ask all of us: how do we contribute to the deception and chaos happening in the world and in the Church? Do you share information without verifying its authenticity? Do we knowingly send information to people when we know it’s not 100% true?

Most of the false information in the world today was created to influence. Depending on who created the information will determine who or what is being targeted. There are a wide variety of actors who engage in disseminating disinformation. Most commonly, governments utilize this technique as a way to control the information its populace receives or to influence a targeted populace, foreign or domestic. Furthermore, non-state actors – individuals or organizations that have significant political influence but are not allied to any particular country or state[3] – engage in this activity to help push their own political agenda. Some examples include terrorist groups, any private company (especially lobbying firms or nonprofit companies), or celebrities with no government affiliation. In reality, anyone can create false information and make it go virial in today’s world. This will become important as we talk about emerging technologies later in this blog and what influences people in the next blog.

If we look at the world today, who is the biggest disseminator of disinformation? And why does this actor engage in such activity? Depending on how you think about this question, there are two answers. Let’s first take a quick look at the country leader in disinformation: Russia. Confirmed by numerous sources and experts, Russian actors engaged in disinformation campaigns against Ukraine prior to Russia’s invasion of Crimea in 2014.[4] And while we may be tired of hearing about Russia’s involvement in US elections, Russian actors were and continue to be responsible for major disinformation campaigns leading up to the 2016 and 2020 elections. Russia has been doing these kinds of campaigns for decades. Moreover, meddling in other countries’ elections was something done by the US and the USSR throughout the Cold War. It was a time when information was essential to help turn the tide of public opinion in the West and the East. And the Russians are still good at it. According to former KGB spy, Yuri Bezmenov, the KGB followed these four steps when dealing with a target country:

As seen in this example, the goals of disinformation are multiple, varying from physical harm, to creating confusion and sowing discord, to accelerating the loss of confidence in the operation of major social institutions.[6] Russia, and other actors, do this by taking the time to study their target to know how to influence to the greatest degree.

Of course, there are other actors who are well-known to engage in this kind of activity. Currently, the US government has identified China and Iran as actively attempting to meddle in US affairs, specifically the 2020 elections. Just last week, US intelligence officials confirmed that Iran was spoofing emails as part of an intimidation campaign.[7] These types of campaigns are how both countries actively control their population and influence the international community. Outside of nation-states, organizations and individuals engage in spreading disinformation on behalf of their own agendas as well.

All these actors have different techniques in creating their disinformation. One of the most effective techniques is the manipulation of photos, audio, and video. Most people are familiar with photoshopped images, but many people may not be aware of “deepfakes”. These are artificial intelligence (AI) altered videos and audio. This technique starts with harvesting speeches of public figures to get a baseline of speech patterns and facial movement. The AI then is able to recreate those speech patterns and facial movements based on the harvested speeches. For this technique, it’s important to have both the video and audio because it will appear more legitimate to the untrained eye. One example of a “deepfake” video is the recent video that appeared to depict Nancy Pelosi as slurring her words, while speaking at an event.[8]

In looking at all this information on different actors engaging in disinformation, does any of this sound familiar? It should. For those of you who had a different answer to my previous question on the biggest disseminator of disinformation, we’re now going to talk about him: Satan. He is the author of all disinformation, and he was the first to utilize a disinformation campaign! Christ talks about Satan deceiving the whole world in Revelation 12. Knowing that he has deceived the whole world, Satan doesn’t have to push false information all himself! That’s why it’s important to realize that anyone can be purposefully peddling false information (read 2 Corinthians 11:14 in this context). We should never blindly trust anyone! God exhorts us to “prove all things”! And for Satan, it’s about distracting us from what matters most in our lives. That’s all he needs to do!

Just like how Satan attempted to undermine God’s rule, disinformation is geared toward undermining a system of government. He’ll use all types of deception mechanisms to get at people in the world and in the Church: elaborate or simple, obvious or subtle. Unlike many of these actors, Satan is specifically looking to come after you and me. It’s important to note that! His goal has always been to fight against and overthrow God’s authority, rule, and plan for mankind.

As defined in the beginning of this blog, misinformation stems from someone’s unintentional dissemination of false information. The vast majority of misinformation falls into categories such as politics, science, and other hotly debated topics. Due to our modern tech world, everyone has been given a platform to debate these topics and say whatever they want.

So, what does misinformation look like? Here’s an example: Let’s say you have a friend (or maybe you!) – on any of the social media sites you frequent – who likes to post articles about politics. The problem is, most of the time, your friend doesn’t check the source or read the article for inaccuracies. Typically, your friend will look at the headline and post. Maybe it was a story about Trump’s grandfather being a pimp and tax evader and his father being a member of the KKK. Or maybe it was a story about how Nancy Pelosi was diverting Social Security funds for the Trump impeachment inquiry. What happens next? An argument ensues. Or you, or another friend, decide to share it.

Does this sound familiar to anyone? Maybe you even had this exact scenario happen to you. You could have. According to a report by Avaaz, an international nonprofit organization, the two headlines in the previous paragraph were the two most posted “fake news” stories on Facebook for all 2019. And that same report said that the top 100 fake stories were viewed 150 million times.[9] That’s quite astounding. The reason why this is such a problem was identified by a study on Twitter.  The study found false stories traveled six times faster than true stories and were 70% more likely to be tweeted than truth. It was also determined this was a human phenomenon, not a robotic one, as Twitter bots diffused false and true information at the same rate.[10]

Humans deceive, and it’s important we are cognizant of that fact! I’ll admit that debunking false stories isn’t easy. It takes a lot of time to look at and check every story that comes across our news feed. That’s why I say to you: pick and choose what you care about. As Christians, we understand nothing in this political contest will fix what is happening to our country. If we don’t believe that, then we should go back to the scriptures, especially scriptures talking about the nature of man.

For the times when fact checking is important, do your due diligence. And if you’d like to do more to understand misinformation and how it functions, Indiana University’s Observatory on Social Media[11] created a website that provides people with tools to help people navigate the world of false information. One example of a tool the website offers is how to determine if something was created by a bot.

We’ve touched on a lot of information, and we’ve barely scratched the surface. Many researchers spend their entire careers understanding how this environment works because of the constant changing in the capabilities of threat actors. We in the Church must be prioritizing studying God’s word and working on our relationship with Him. Verifying every piece of information will eat up all of our time. But when something is vitally important for us to know, we should have the capacity to determine if it is true or if it is deception.

So, now that we’ve discussed the world in which we live, the question still remains: Why do people seem to eat up and spread falsity? While I’ve touched on an answer to this question, it’s a hard question to fully answer. There are many drivers that influence people, exacerbating people’s fear, anger, and distrust. Ultimately, the answer to this question will also be very individualized. Not all people think the same, but there are certain cognitive patterns that people engage in. In the next blog in this series, we’ll dive into these patterns of thought and other external influences on people’s thinking, as we continue to understand the campaign against truth! 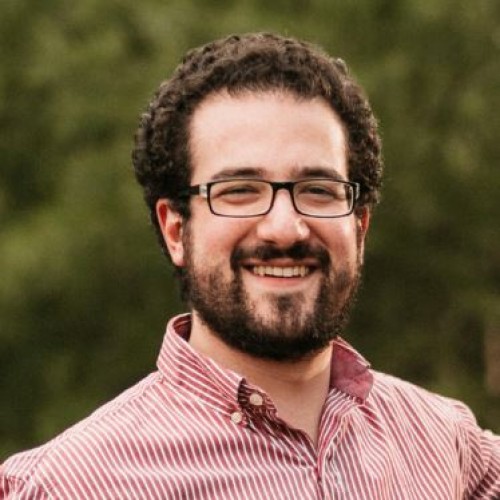